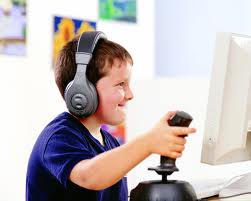 Video games are not meant to be played for days in a row, it might kill you.

A teen from Taiwan, has collapsed and died at an Internet cafe after playing Diablo 3, a popular online video game for 40 consecutive hours, local news media reported.

The 18-year-old identified only by his surname, Chuang, reserved a private room at the cafe in Tainan, southern Taiwan, around noon and played for almost two days without eating, the news media reported Tuesday.

On the morning, an assistant entered the room and found Chuang resting on a table. After the player awoke, he got up, walked a few steps and then collapsed, the report said.

He was pronounced dead shortly after arrival at a local hospital.
Police are investigating the cause of death and an autopsy is being carried out, the news media reported.

It is speculated that long hours in a sedentary position created for Chuang a cardiovascular problem,
the report said.
The deceased had been playing the latest installment of the role-playing game released by U.S. based Activision Blizzard.

This is the second death in Taiwan by playing video games this year.

A while ago, a man in New Taipei was found dead, slumped in a chair facing a computer with his arms still reaching out to the keyboard after playing for 23 hours. The cause of death was reported as cardiac arrest.