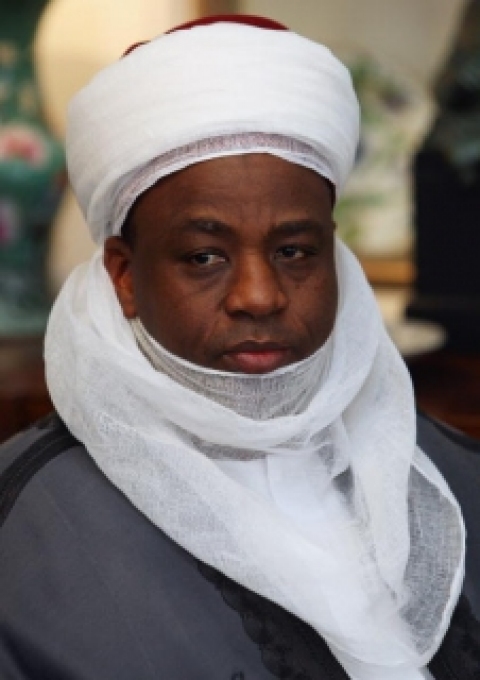 Sultan of Sokoto, His Eminence, Abubakar Sa’ad has refuted the erroneous belief in some quarters that Christians alone are the prime target of Bombings and killings in some parts of the North.

The Sultan stated this yesterday in Uyo, Akwa Ibom state while fielding questions during discussions at the first quarter meeting of the Nigeria Inter-religious Council (NIREC).

The Sultan urged Nigerians not to depend solely on what they read on the pages of Newspapers in analysing insecurity in the north.

“It is not true that Christians are target for killing and bombings in some parts of the North, even those who are targeting churches are said be from other religious beliefs, criminals carried out their criminal activities because they are criminally minded and we must fish them out and deal with them in accordance with the laws of the land. And unless we all rise up to deal with them we will not achieve what we want to achieve”.

He charged religious leaders to be sincere in their discussions and contributions to issues affecting national security so as to bring to an end the problems affecting the country.

Also speaking on the issue, the President of Christian Association of Nigeria (CAN), Pastor Ayo Oritsejafor, commended Muslim leaders for their role in resolving the crisis that had engulfed some parts of the North, but prodded them to do more.

“We are so happy over the way Muslim leaders are doing to resolve the crisis in the North, but what we are asking for is to step it up , to look for more practical and pragmatic ways to tackle this issue once and for all”.

Highlight of the meeting was the inauguration of the Akwa Ibom state  branch of the Nigeria Inter-religious Council.