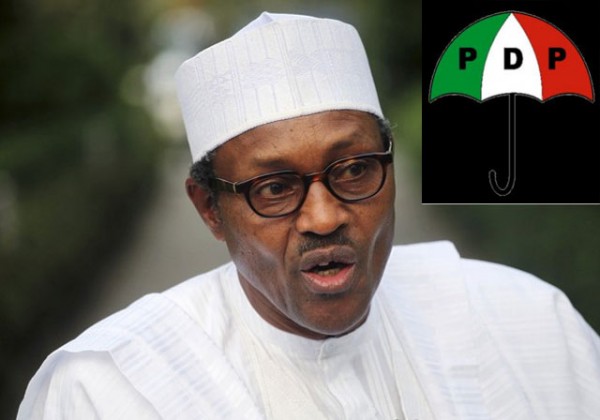 The war of words between the Peoples Democratic Party and All Progressives Congress took centre stage again on Wednesday with the PDP describing the APC as a “party that is being run like a cult.”

National Chairman of the PDP, Bamangar Tukur, told journalists at an interactive session in Abuja on Wednesday, “Most of the people in APC now are original members of the PDP and I can assure you that we have commenced talks to bring them back to where they originally belonged, which is the PDP.

“They are coming back, because some of them have told me that their aspirations may not be met in the APC because of the burning ambitions of some individual members. They don’t want a party that is being run like a cult,”

In a counter reaction, a spokesman for one of the coalition parties that merged to form the APC, Rotimi Fashakin, of the Congress for Progressive Change, however called the PDP “an empire of lies.”

“The PDP is an empire of lies; an organisation filled with deceit of the people. “When people leave the PDP it is difficult to go back. If a former Vice-President left the PDP and since his return it has been a struggle to win even his ward, you know which party is run like a cult. Is it APC that is yet to be a party or the PDP?” Fashakin asked.