Home Entertainment Goldie’s Last Interview: She Talks About Family, Her Music And Why She...
Facebook
Twitter
WhatsApp 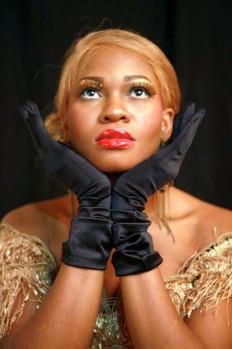 Goldie Harvey passed on after her trip from the Grammy Awards on the 14th of February, 2013….she was buried on Monday, 25th of February. Before her sudden death, Goldie granted several interviews and this is an excerpt from one of them.

Do you see yourself as being a controversial person?

No, I don’t see myself as a controversial person, I think people tend to see me as being controversial because I do different things, or may be the character I portrait in my videos. People may have different opinions about me; also I think most of the controversies are from people who don’t really know me. A lot of these people don’t really know me; they don’t know anything concrete about me, they just make a copy of me and spread it.

Any lucky guy that has swept you off your feet yet?

For now I want to speak about my music career, my family and my fans because they are the ones who brought me to limelight.

So, when is Goldie getting married?

Obviously everyone is looking forward to settling down with someone one day. I don’t think I need to make noise about when or who I am getting married to; marriage is a thing of commitment and it’s not until you call the whole world to come and felicitate with you that you know you are married, it is just a committed thing from ones heart.

Are you kind of planning a secret wedding?

I am not saying that, I am not saying anything about a wedding, all I’m saying is that your connection with someone should be in the heart and not a public spectacle.

Do you believe in love at first sight?

I believe in lust at first sight, but anything can happen after that; though it hasn’t happened to me yet.

So who are you connected with right now?

Right now, I am not connected with anyone that wants to be spoken about

What is it that Goldie will never be caught up in?

Walking on the red carpet naked!

What are the things you can’t do without?

Do you use any drug that enhances your performance? Because there was a story that you always kiss before you go on stage to perform? (Prolonged laughter) is it rumour?

So if I just give a kiss then go to the stage and perform, then I am too much.

So what do you prefer then?

I like hugging. Hug me and I hug you back.

I don’t really know, I think séx has been overrated.

I personally believe that if you have too much séx, it could affect your creativity. So, I don’t like to have séx when I’m working.