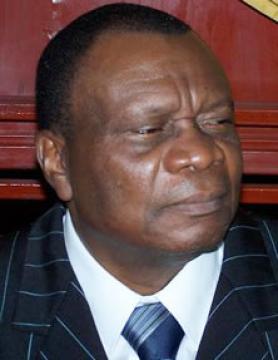 Apparently the dust generated by ownership of private jets by prominent Christian clerics has not settled as the General Evangelist of the Christ Apostolic Church, Prophet Kayode Abiara, has spoken in defence of such clerics saying the controversy is not justified.

“If I am given an aircraft as a gift, I cannot reject it,” Abiara said emphatically while speaking on the church’s planned prayer session billed for Odo Owa, Kwara State on Wed-Friday next week .

Abiara blamed criticism of the purported extravagant lifestyle of some Christian leaders in the country on lack of understanding of the scriptures.

He said, “Christians need to understand that the scripture supports receiving gifts. Having a jet or a helicopter, for example, will greatly advance the work of God. It is good for christendom.”

The prophet who also spoke on the current controversy between the Christian Association of Nigeria and the Catholic Church, said the situation had been exaggerated and called on the Catholic Church to embrace dialogue because of its importance to the association.

Abiara who spoke in defence of CAN leadership, said it was untrue that the body had become “too friendly” with the government.

Abiara said, “As Christian leaders, we do our duty by giving advice to the government whenever we can. That does not mean CAN has become an arm of government.

“Because we do not say something bad about the government all the time does not mean we are compromised in any way. I do not collect any money from any government official.”