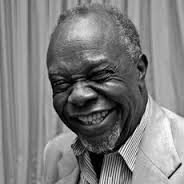 Justus Esiri died earlier in the week after battling diabetes for years. Nollywood stars have paid tributes to the departed Nollywood veteran.

For Segun Arinze, Esiri was a father figure. “It is so bad. Uncle Justus Esiri was a figure and a great motivator to us,” Arinze said. “ He left a legacy that need to be sustained. Justus Esiri contributed his quota to the growth of the industry. It is a very bad news, we will miss him.”

Joke Silva regarded the departed legendary thespian as a mentor; his death for her is hard to bear.
“What do you want me to say about the death of Uncle Justus Esiri? I am really confused and devastated. I started my career with him. It is so depressing.

“He lived a fulfilled life, he loved his job and he was also a gentleman. We thank God that he achieved what he supposed to have achieved in life. At least, he has a son who is a superstar (referring to Mavin Records singer, Dr Sid). I acted with him in the early 80’s though I cannot remember the title of the movie now. It is all about how well he has lived,” Silva said.

It’s however a sad feeling for Foluke Daramola as she believes veterans of Nollywood are not well catered for.

“I am feeling very sad about what is happening to us. I have been on set with Justus Esiri in movies like ‘Everyday People’. I am not happy the way our veteran actors are dying. It is a great loss to the movie industry. I strongly believe that our veteran actors are not catered for properly. I want to create an avenue, in collaboration with some of my colleagues where we can run a programme that will be beneficial to our surviving veteran actors,” Daramola said.

“He lived well. I will like to be like him when I grow up,” said Dr Sid.