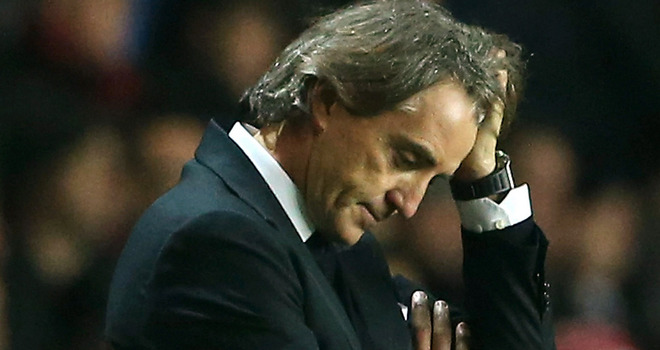 Manchester City boss Roberto Mancini claims that there is not another manager in the country who has achieved as much as him over the last 15 months.

Mancini won the FA Cup in 2010-11, then followed it up with City’s first Premier League title the next year. However, rivals Manchester United are currently 12 points clear at the top of the table and City are facing the possibility of losing their crown.

But the Italian, whose side have also crashed out of Europe, insists he does not fear the sack as he has been the ”best” manager in England.

“In the last 15 months I am the best manager in England,” Mancini told the BBC. “Someone says for six months that Manchester City would change manager, [Pep] Guardiola would come in, and after Guardiola went to Bayern Munich, now another manager.

“I won one Premier League, one FA Cup, one charity shield, there is not another manager that’s won like me in the last 15 months.”

Mancini took over at Manchester City in December 2009, replacing Mark Hughes, and has also claimed the 2012 Community Shield trophy