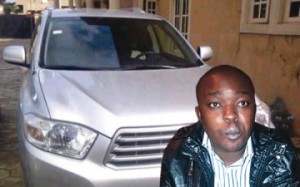 An oil engineer who had been declared missing by his family for a week now Akanbi Oluwatoyin has been found dead in Ifo Ogun State, a family member said.

Oluwatoyin went missing with his silver coloured 2008 Highlander with plate no: SMK975AS around 5:30am on Monday, February 18, 2013 on his way to work. Effort to locate him ever since proved fruitless until his corpse was found in Ifo yesterday by the police. His car was however not found. 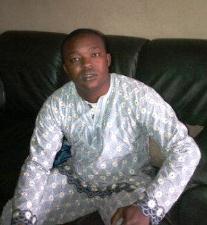 Akanbi Oluwatoyin worked with an oil company in Lekki and according to friends and families, had no business in Ogun State on that fateful day. Therefore, the belief held by family and friends is that he was driven there and killed.

Police say they are currently investigating his death.