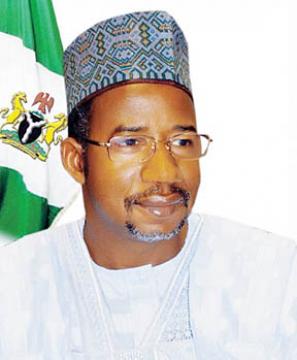 Minister of the Federal Capital Territory, FCT, Senator Bala Mohammad, has justified the reason his administration plans to construct a N4 billion edifice for the African First Ladies Peace Mission, AFLPM, as contained in the 2013 budget of the FCT Administration.

The minister said construction of public buildings in Abuja was the sole responsibility of Federal Capital Development Authority, FCTA.

Infomation Nigeria recalls that the proposal as contained in the 2013 budget of the FCT, generated widespread condemnation with most senators also querying the rationale behind spending such huge sum on a building that has no direct bearing on the lives of citizens of the city.

According to Mohammed, “The Decree No.6 of 1976 that created Abuja also simultaneously created the FCTA with duty and responsibilities to plan, design, provide the infrastructure and construct public buildings as well as services to the entire 8,000 square kilometres of the FCT.”

Mohammed, who responded through his Senior Special Assistant on Information Management Systems, Hajiya Jamilah Tangazah, while going down memory lane on the significance of the AFLPM said: “Since its inception in 1996, the organisation has been debating issues of relevance to African women, children and youths as well as issues to do with social justice within the fields of population and development, the environment, and human rights especially gender equality.

“So as part of its remit to live up to its international obligation, the Federal Government accommodates certain international bodies- just like it is done across the globe; every year, the cost of rent or accommodation for such bodies tends to be above one billion naira.

“In Abuja, this obligation is transferred to the FCT Administration and as part of its efficiency measure, the FCT Administration saw in the proposed headquarters of the African First Ladies Peace Mission building an opportunity to save cost by using the AFLPM building to serve multiple roles in providing office accommodation as well as housing not just the African First Ladies Peace Mission but to other international bodies as well.”

Senator Mohammed therefore noted that the FCT Administration was only acting in accordance with its duties and responsibilities as envisioned by the law.