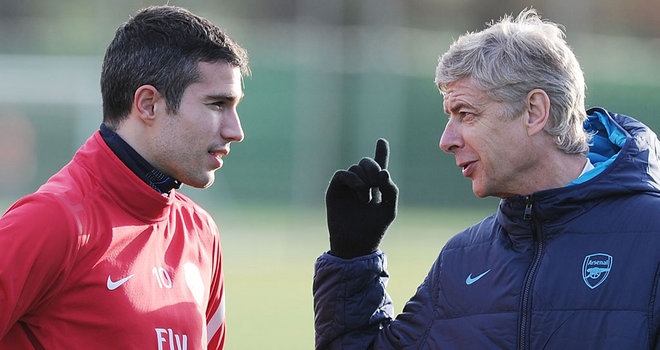 Arsenal have announced half-yearly profits of £17.8million for the six months up to the end of November last year.

The profit figures, largely funded by the sale of Robin van Persie to Manchester United, accompany an increased figure of £123.3m in cash reserves, which are up £7m.

The club’s financial report states: “The club has no short-term debt and continues to have a robust financial platform.

“The figures show a profit before tax of £17.8 million. This was driven primarily by player sales of £42.5 million.

“Football turnover dropped from £113.5 million to £106 million as a result of four fewer home fixtures compared to the same period last year.

“However, overall operating profits from the club’s property operation increased to £1.9 million versus £0.5 million in 2011.”

The figures may anger some Arsenal fans, who feel Arsene Wenger needs to spend more on players if the club are to end their trophy drought, which looks set to reach eight seasons.

But Arsenal chairman Peter Hill-Wood said: “Our ability to compete at the top of the game here and in Europe is underpinned by our financial performance, which gives the club strength and independence.

“Our desire is to make everyone connected with Arsenal proud of the club. We know that comes through winning trophies but also through the way we do things and that will remain our constant guide.”

And the financial report pointed out that “the accounts also show an investment of £40.9million in signing new players – Lukas Podolski, Santi Cazorla and Olivier Giroud – and the extension of contracts for existing players.

Hill-Wood thinks the agreement by the Premier League clubs to bring in financial fair play-style spending controls will help Arsenal.

“It is important that we maintain the quality and level of competition if the game is to continue being a compelling spectacle, and we believe the introduction of tighter financial regulation will assist all clubs to compete, while remaining financially responsible.”