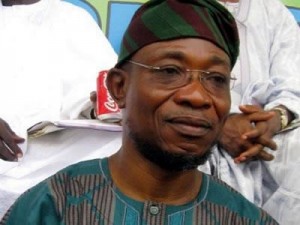 Osun State governor, Mr Rauf Aregbesola, has restated his support for the establishment of state police to address the security challenge facing the country.

Governor Aregbesola made this declaration on Sunday in a lecture he delivered at the 61st birthday anniversary and second Annual Colloquium for Pope Rufus Okikiola Ositelu, held at the Lagos Chamber of Commerce and Industry Conference and Exhibition Centre, Ikeja.

Speaking at a lecture with the theme: Nigerian Security Challenges and the Quest for State Policing, the governor, who was represented by his Special Adviser on Security, Mr Amos Adekunle, noted that though, security challenges were the same all over the world, the challenges facing the country could only be addressed through fundamental restructuring and establishment of state police.

The governor noted that the Police in Nigeria had found it difficult to perform its statutory functions very well because the institution was dead on arrival: “As a central institution of state, the history of our police confirms it as a classic example of a ‘migrated social structure’… As the constabulary and instrument of pacification meant to protect the interest of the British company, and later the Colonial state, it is alien and predatory institution from which the people are alienated,” he further added.

Aregbesola argued that giving the menace that of robbery, the Boko Haram insurgence and kidnapping, among others, the only way out for the country was for the leadership to agree on the establishment of state police. Aregbesola described the argument that state police would be abused by the state chief executives as over-stated and at worst mischievous, saying it was “difficult to imagine a worst abuse than we have seen in the police under the exclusive control of the Federal Government… In any case, it smacks of intellectual indolence to say that the possibility of abuse is insufficient reason not to allow for the creation of state police. All we need to do is to put adequate checks and balances in place,” he concluded.