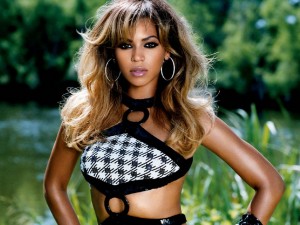 If Beyoncé hasn’t even embarked on her tour and there’s already drama revolving around it, one wonders what will happen once the tour commences.

A stampede broke out in the U.K. over the weekend, as fans impatiently waited to purchase tickets for the highly anticipated World Tour.

Hundreds of fans camped out in front of the Manchester Arena with one goal in mind: getting King Bey Concert tickets. Unfortunately, this never panned out, as local police had to be summoned to break up a melee.

The incident started when the box office announced, 10 minutes prior to when tickets were scheduled to go on sale, that the box office would be closed due to health and safety reasons. Devoted fans were left with nothing but tears and empty hands.

According to the Manchester Evening News, one fan stated: “I stayed in the tunnel outside the Arena to avoid being crushed when all hell broke loose at about 5 a.m. Men were ripping open fire doors that were locked. Once opened, they fought to get through one side of a double door. Children were getting crushed and screaming. It was horrible. By far the worst night of my life.”[VN]