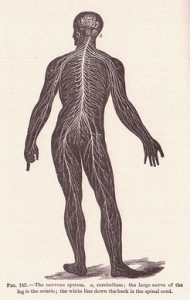 Your brain controls every function in your body yet we rarely give it a second thought. And, few of us choose foods that protect or heal our brain. Here are some of the best foods for thought (literally):

1. Spinach—More than Just for Popeye
A study of middle-aged rats fed diets with added spinach, strawberry extract, or vitamin E for nine months found that spinach proved most potent in protecting nerve cells against the effects of aging in two parts of the brain. More research needs to be done but it looks like Popeye was building more than muscles when he ate spinach.

2. Benefits of Blue for Grey Matter
Blueberries contain a group of plant nutrients called proanthocyanidins. Proanthocyanidins have a unique capacity to protect both the watery and fatty parts of the brain against damage from some environmental toxins. Proanthocyanidins decrease free radical activity within and between brain cells. Blueberry proanthocyanidins have greater antioxidant properties than vitamins C and E. Blueberries appear to have some of the highest concentrations of these powerful antioxidants. In other studies, researchers found that compounds in blueberries may reverse some age-related memory loss and motor skill decline.
Blueberries are excellent anti-inflammatory agents. They increase the amounts of compounds called heat-shock proteins that decrease as people age, thereby causing inflammation and damage, particularly in the brain. By eating blueberries regularly, research shows that these heat-shock proteins stop declining and inflammation lessens, not to mention that they just taste fabulous.

3. From the Vine to Your Palate
A plant nutrient found in grapes, grape juice and red wine appears to protect the brain against Alzheimer’s disease. It’s called resveratrol, and it is an antioxidant thought to be responsible for many of the purported benefits of red wine on brain cells. The researchers found that resveratrol protected brain cells by mopping up free radicals before they can cause brain damage. And while people may prefer to hear that red wine is the best source, the alcohol in wine is still damaging to brain cells. Red or purple grapes are the best option to load up on resveratrol.

4-7. Omega 3s to Maintain a Healthy Brain (Wild Salmon, Walnuts, Flax or Hemp Seeds)
The brain is 60% fat and requires healthy fats to reduce inflammation (linked to most brain disorders) and maintain a healthy blood-brain barrier—a mechanism intended to protect the brain from harmful substances. Omega 3 fatty acids like those found in salmon, walnuts, flax seeds or flax seed oil, or hemp seeds, help to quell inflammation and support a strong blood-brain barrier, while boosting our memory. Be sure to choose only wild salmon since high levels of mercury and PCBs have been found in farmed salmon and both of these substances may have adverse effects on the brain. Also, be sure to choose raw walnuts, flax or hemp seeds or the oil made from them since the fats contained in these nuts and seeds can have damaging effects on brain health when heated.

8. The Memory-Boosting Power of Tomatoes
Tomatoes contain a powerful memory-boosting phytonutrient called “lycopene.” Research shows that those who consume lycopene in their daily diets had sharper memories than those who didn’t consume high amounts of lycopene. Tomatoes aren’t the only source. Another great source of lycopene is watermelon.

How Insecurity Has Fuelled Spread Of Covid-19 In Nigeria