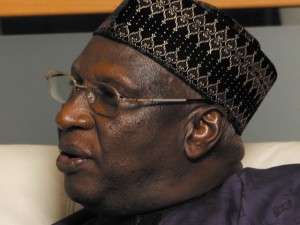 The national chairman of the Peoples Democratic Party (PDP), Alhaji Bamanga Tukur, is in Ibadan, the Oyo State capital, today for a stakeholders’ town hall meeting with members of the party in the South-West geopolitical zone.

According to Salawu, “The visit of the national chairman, Alhaji Tukur, is an auspicious one, as it is going to mark the PDP’s return to power in the South-West zone. This is a landmark meeting that can only be held in Oyo State, given the strategic importance of the state in the party and the country. So, I urge all the leaders of the party to be at the important meeting,” Salawu stated.