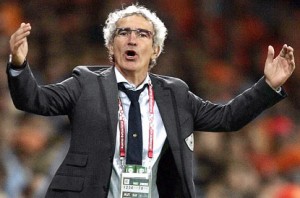 Former France coach Raymond Domenech believes that Karim Benzema’s performance against Georgia on Friday has shown that the Real Madrid striker is “useless”.

The former Olympique Lyonnais man has not scored for his country in 929 minutes of football and was roundly booed by Les Bleus fans after refusing to sing the Marseillaise before the match. 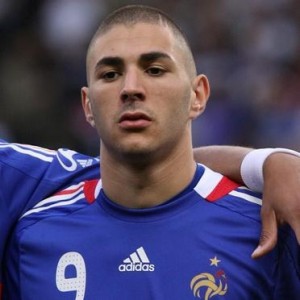 And Domenech feels Franck Ribery was also a disappointment, but was impressed with the performances of Blaise Matuidi and Mathieu Valbuena.

“I had already said it: Benzema confirms his uselessness and Ribery is still inconsistent. But that was before!” he wrote on Twitter.

“Valbuena and Matuidi are certain to face Spain. Ribery will also play Spain.”

However, Benzema’s striker partner, Olivier Giroud has defended Benzema’s performance against the Georgians.

During Domenech’s six-year tenure in charge of France, he had many well-publicised rows with players, most notably Nicolas Anelka at the 2006 World Cup.