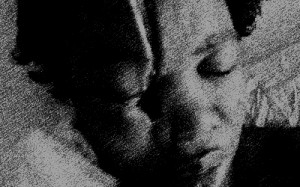 Oh Goodness!! This is really bizarre & Crazy. I don’t care what she has done but the man has no right to do this.

This woman was beaten by her husband and she is currently in hospital where doctors are battling to save her life.
To make matters worse, the husband is asking her to come back home.

Physical abuse is a very touchy subject. Many women experience it, but none deserve it. It is a senseless and
heartless act and is a sign of a true coward. Women are already faced with the day to day challenges of being a woman and to have added pressure from a careless figure of a man is totally unnecessary.

It is a very hurtful thing to know that a man has hit someone you care about so deeply.

There are many excuses men use to justify hitting women, but none of them are legitimate. Some would even go as far as saying, “That’s how I was brought up. So this is normal.”

This is NOT normal. It’s a mental sickness that needs to be rectified.

An abusive man is a person who is controlling and possessive. Who tries to control his woman day-to-day life. He wants to know her every location, how long was she there, who did she see and who did she meet. He controls what she wears and who she goes out with. And sometimes to the point where she can’t even see her family. He isolates her so she can become dependent on him.

When a man hits a woman, it gives him a measurement of his control. He is not treating her with respect. Instead of her being his equal, she allows him to place himself above her while she becomes the peasant. And the only reason why this happens is because those women allow it.

Truth be told, a man wouldn’t want someone hitting his daughter, so he shouldn’t hit someone else’s.