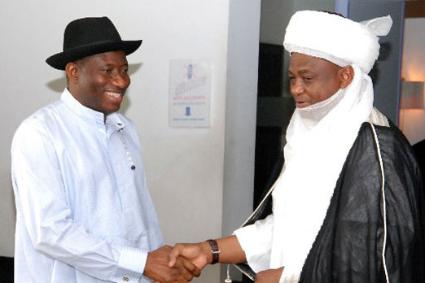 The Sultan who was speaking during the annual central council meeting of the Jama’atu Nasril Islam (JNI) in Kaduna, urged Jonathan to use the opportunity of his visit to Maiduguri – the Borno State capital and hot bed of the Islamist sect’s activities, to offer them  amnesty.

“We learnt that the President woud be visiting Maiduguri on Thursday. I will like to urge him to see how he can declare amnesty to all combatants,” he said.

Others in attendance at the meeting include the Kaduna state governor, Mukhtar Ramalan Yero, minister for state for Health, Mohammad Ali Pate and several other muslim leaders from across the country.