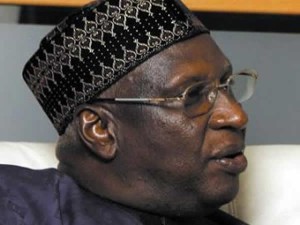 Tukur said this following the Congress for Progressive Change, CPC’s criticsm, faulting of the president’s decision, describing it as pardon for criminality.

Alhaji Tukur in a statement called for understanding by Nigerians on the matter, stressing that  the beneficiaries of the state pardon deserved the merit based on their conduct over the years as well as the contributions they have continued to make in the task of ensuring peace, progress and prosperity of  the country.

The PDP national chairman, who berated opposition parties for incensing Nigerians on the issue through the media, argued  that the idea of granting the pardon falls within the exclusive powers of the President as enshrined in the constitution, adding that Jonathan consulted widely before taking the step.

He said it was wrong for any political party, group or individual to harass President Jonathan for granting pardon to those who deserved such, stating that the beneficiaries of the pardon  had over the years shown by their conduct that they deserved it.

According to him,  granting state pardon to these Nigerians was  a clear cut means of getting the best attitude out of individuals as instituted in the political programmes of different countries across the world.

Tukur said in granting amnesty, the attitude and behaviour of beneficiaries were taken into consideration, whereas the contribution of each of them to national growth and development in little ways, according to him, made them to earn the pardon from President Jonathan.

“I cannot understand why our people are politicising the issue of amnesty so granted by Mr President. The question is:  do you grant pardon to the innocent? No! Amnesty is granted to those people government felt did some wrongs and after some time, their behaviour and attitude showed that the wrong they did was just a slip. We all call on our God to grant us mercy on the wrongs we do to Him minute by minute.

“The PDP did not see President Jonathan committing any breach of our laws by granting the amnesty. He allowed the constitution to guide his steps. More over, he consulted widely before taking the step and don’t forget that the government announced the amnesty after a council meeting.

“We should stop harassing him because those he had granted the amnesty to are responsible citizens of Nigeria who, in spite of the allegations against them, have continued to assist the Federal Government, the PDP and their respective states to overcome certain challenges. We should learn to respect ourselves as a people and doing so would make us to continue to forge ahead as a country.” 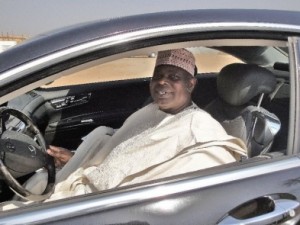