Home Sports I Already Have Offers From The Top Five Leagues In The World...
Facebook
Twitter
WhatsApp 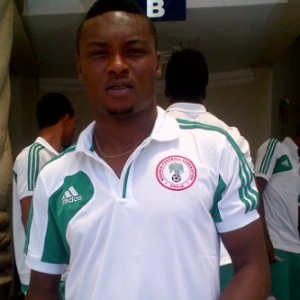 Super Eagles defender Godfrey Oboabona has said he hopes to move to one of the top five leagues in Europe in the summer.

The Sunshine Stars of Akure defender in an exclusive interview with MTNFootball.com stated that he already has offers from Spain, England, Germany, Italy and France.

“I already have offers from the top five leagues in the world. But like you know the transfer window had closed by the time the Nations Cup ended,” he stated.

“If I want to make any move now then it would be to an African country. And I don’t want such a move when I have offers from Europe.

“So, I would rather wait till the summer and make the right choice instead of rushing into any move.”

Sunshine Stars have already put a price tag of one million Euros on their highly rated player who proved his worth at the heart of the Eagles’ defence at the African Cup of Nations, AFCON in South Africa, where he helped Nigeria win the trophy a third time in its footballing history.