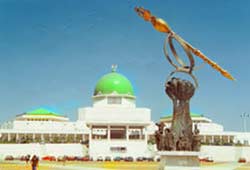 The Federal Ministry of Works has been advised by members of the House of Representatives to probe the German construction giant, Julius Berger, over what they termed shoddy reconstruction of Lagos-Abeokuta Expressway, less than five years after reconstruction.

According to the lawmakers, the expressway was built by the administration of former president, Chief Olusegun Obasanjo, but alleged that due to the shoddy ways it was reconstructed, the road had turned bad. The lawmakers claimed that between four and five years that Julius Berger reconstructed the road, it had failed, alleging that the project was badly carried out by the construction company.