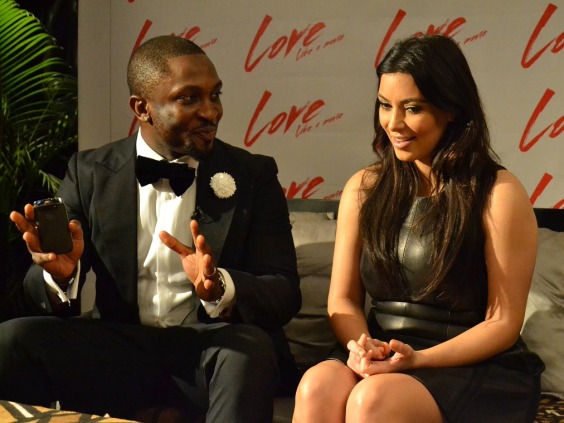 The media speculation that American TV reality star, Kim Kardashian, was paid a whooping $500,000 to appear as co-host on Darey Art Alade’s successful “Love Like a Movie” Valentine concert in Lagos last month, has been debunked.

Darey came under fire from furious Nigerians who wondered why such a huge amount of money would be spent on the star who was reported to have made a brief appearance at the show and then, disappeared into the thin air.

But reacting to the rumour for the first time, the multiple award-winning R&B/Soul singer said: “It was all rumour, but I enjoyed while it lasted,” he was quoted as saying. He however declined speaking further on the matter or state how much he coughed out to bring the controversial star to Nigeria.