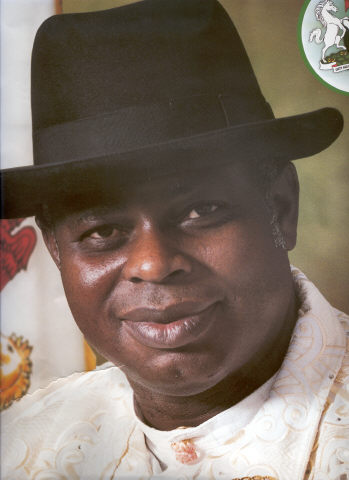 The Presidency  has again  defended  the state pardon granted a former Bayelsa State Governor  Diepreye Alamieyeseigha, saying the high volume of crude oil export by the country was due to Alamieyeseigha’s efforts in calming youth restiveness in the Niger Delta.

Speaking through the Senior Special Assistant to President Goodluck Jonathan, Dr. Doyin Okupe, the Presidency said that “Alamieyeseigha is a foremost leader of the Ijaw Nation, and his political and stabilising influence in that region has impacted positively on the overall economy of the nation, bringing crude oil exports from the abysmally low level of 700,000bpd to over 2.4 million bpd.”

Okupe, who also told journalists  at a news conference in Abuja on Thursday,  that the former governor had become remorseful  since he came out of prison,  described  him as a prominent player  in the stabilisation of Federal Government’s amnesty programme.

He  said, “In truth, Alamieyeseigha, since he left prison, has been working strenuously and silently to assist the President (Dr. Goodluck Jonathan) stabilise the amnesty in the Niger Delta.

“Therefore, it is obvious that, Alamieyeseigha has been a major player since his release from prison in ensuring that the blood that runs through the artery of the Nigerian economy  is not cut off.”