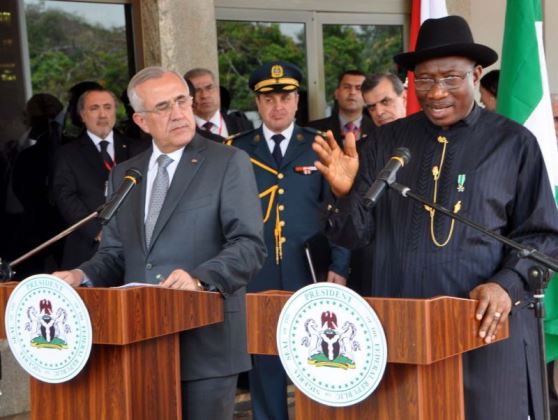 President Goodluck Jonathan yesterday said that some of the seven hostages believed to have been killed by Ansaru militants this month might actually still be alive even as he said the government has been working to rescue them.

Ansaru had posted a video on YouTube showing the lifeless bodies of the seven foreign construction workers it had been holding since February saying they were killed following government’s insistence on freeing them despite warnings to that effect.
While Italy and Greece confirmed that a Briton, an Italian, a Greek and four Lebanese abducted in Bauchi state had been killed by their captors, the Nigerian government had so far not commented.
But speaking during a visit by Lebanon’s President Michel Sleiman to Nigeria, Jonathan said: “Analysis of the information we have does not give us the conclusive position that they have all been killed but we suspect that some probably might have died of health related causes or direct killing.
“We have been working hard with friendly nations, especially the United Kingdom, to see that they are rescued. We suspect that they are in a rocky area, a very difficult area that cannot be easily accessed but we are working hard to get to them,” he said.