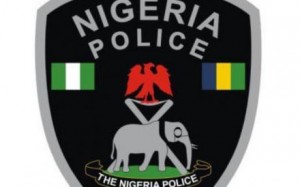 Ogbonna, a farmer  was arrested by police at the weekend after severing the head of his father with a machete.

Our correspondent gathered that the incident took place in the family compound, after Okechukwu came back from church where he received a prophesy from the pastor of a Pentecostal church who allegedly told him that his father was spiritually manipulating his destiny making it impossible for him to make progress in life.

A family source told our correspondent that before the incident, Okechukwu was hostile to the father for not sending him to school or showing any interest in his future ambition.

The Ebonyi State police public relations officer (PPRO) Mr. Sylvester Igbo, a deputy superintendent of police (DSP), who confirmed the incident said the body of the deceased had since been deposited at the mortuary while investigation to unravel other motives behind the act was in progress.

According to him, “When the suspect was arrested he said he took the action because he received a prophesy from a pastor that his father was manipulating his destiny and also because he has not been responsible for his training”.

The killing came barely two weeks after a middle aged woman took to her heels after she allegedly killed her two children in Abakaliki.

The woman, Mrs. Joy Uchaji, a school teacher who has been in police custody, allegedly butchered her two children; 4-year-old Nneoma and her two-year old son Goodwill at their No. 1 Elias Street, Abakaliki with a machete.