Home Jobs In Nigeria We have never had unemployment as huge as this in our history...
Facebook
Twitter
WhatsApp 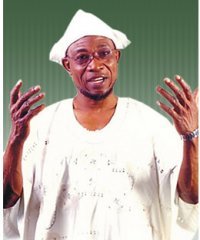 Governor Rauf Aregbesola of Osun State has urged the Federal Government to declare a national emergency in unemployment in the country.

Governor Aregbesola made this call while declaring open a retreat organised for the 26-member Osun State House Assembly in Ada, on Monday. The theme of the retreat was ‘Developing corporate skills’ and in attendance were the Speaker, Osun State House of Assembly, Mr. Najeem Salaam, and his deputy, Mr. Adegboye Akintunde, among others. Aregbesola said it was strange that the unemployment level in the country had failed to elicit the desired reaction from governments.

According to him, “Unemployment resonates everywhere. We have never had unemployment as huge as this in our history. Urgent steps must be taken to check the trend.” The governor, whose administration said it had employed 40, 000 youths in empowerment programme tagged O-Yes, said efforts must be coordinated to create jobs for the country’s unemployed youths.

Aregbesola, who was welcomed to the workshop amid commendations and eulogies by some of the lawmakers, said it was wrong to unnecessarily adulate leaders. According to him, improper and unnecessary adulation of leaders can turn leaders into demons, who would unleash terror on the society: “It is wrong to give undue, unnecessary and improper adulation to leaders because it might lead to the breeding of monster-leaders, who would be deluded into having a false sense of their worth and capabilities.”