Home Metro News ACN is Looking for Trouble, but We will Ignore them – OPC...
Facebook
Twitter
WhatsApp 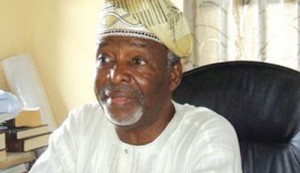 The founder of Oodua People’s Congress (OPC), Dr Frederick Fasehun, has promised hell for the Action Congress of Nigeria (ACN) if the party continues to spread false information against him and his group as it did on the alleged N2.4billion contract to protect of pipelines in the South-West zone.

Fasehun, who is also the chairman of the Committee for the Resuscitation of Unity Party of Nigeria (UPN), also tasked spokesman of ACN, Alhaji Lai Muhammed, to release the alleged approved N2.4billion contract papers if they were in his possession as the OPC had not won any contract.

It will be recalled that Mohammed had in a statement alleged that Dr Fasehun applied and secured N2.4billion contracts in the name of OPC to secure Nigerian National Petroleum Corporation (NNPC) pipeline in the South-West. He further alleged that the founder of OPC, Fasehun was trying to use part of the proceeds to resuscitate the UPN and destabilise the region.

Meanwhile, speaking at the maiden meeting of the UPN chieftains from across the country, Fasehun, while noting that the ACN was looking for trouble, however, assured that the OPC would not go out of its way to cause trouble. According to the OPC founder, the statement credited to Mohammed was a lie.

He however acknowledged that it was true that the OPC applied for the contracts in 2010, but was only invited last year by the NNPC who said the organisation was not a registered body and would, therefore, have nothing to do with it.