Speaking in an interview, Dokubo threw his weight behind President Goodluck Jonathan’s decision saying those criticizing him are being “mischievous.” 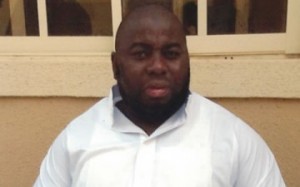 According to him, “the President has the right under the constitution to exercise the prerogative of mercy. And because the right to do this is constitutional, it makes the view of anybody, which may be to contrary, null and void and of no effect whatsoever because it is done on the basis of the right granted and protected by the constitution of the Federal Republic of Nigeria. Secondly, the whole world knows that the money stolen by Alamieyeseigha belongs to the people of Bayelsa State.”

“The people of Bayelsa State have forgiven him long time ago and have rehabilitated him. In fact, the majority of Ijaw people feel that Alamieyeseigha was unjustly victimised. What we have discovered is that the majority of the people criticising the pardon because of politics stole much more than what Alamieyeseigha stole and they are walking free. Go to any state and look into their financial records, come back and tell me if their money have never been stolen in a manner that is even worse than the celebrated case of Alamieyeseigha. What do you say of the people who are allowed to do plea bargaining and they are walking free? But we are saying that, if we want to fight corruption, it should be holistic. All the governors who have ruled any state since 1999 should tried,” he said.

Apparently referring to the Northern leaders, he stated that, “All the people who are talking, since 1956 when self-rule started in Nigeria, what have they done to change the face of the country like other countries that got independence with us at the same time, like Malaysia, which was also a British colony like us; like Singapore; what have they done to change the fortune of the country? What did the previous administrations do to change Nigeria to Kuwait, Qatar or Saudi Arabia or Turkey.

Listing the achievement of his kinsman, Dokubo said, “The Benin/Shagamu Expressway has changed from what it used to be. Jonathan made it possible. Now, people travel smoothly on it. Our airports at a point in time were looking like slaughter houses. See what is happening in the airport or aviation sector today. Go to Kano Airport, I flew from there. Go to other airports across the country. The railway has been on its kneels for many years. Today, for the first time in many years, trains go from Lagos to Kano. These are evidence that people can not wish away.”

When asked his view on the call for a national conference, he replied this way: “I am all for it. There should be a Sovereign National Conference where we would sit down and the decision of this conference should be put to a plebiscite and the outcome upheld. If not, we are just postponing the doomsday. Because the people who are doing the killing in the North, they are daring others. And let me tell you, the consequences of what is happening now in the North, by the time it fully arrives, it will be too late for them.”