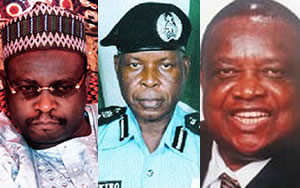 Ibrahim Shehu Kagara has called on two former speakers of the House of Representatives, Ghali Na’Abba and Salisu Buhari to reject their appointments as members of Federal Universities Governing Councils by the Federal Government.

It would be recalled that yesterday the FG announced the appointment of members and chairmen of varsities governing councils in which Na’Abba and Buhari were appointed as members of the councils of Federal University of Abeokuta and University of Nigeria, Nsukka respectively.

However, Kagara, a former member of House of Representatives from Niger State who made the call in Minna yesterday said their appointments as ordinary members of the councils will belittle their status and a clear indication of disrespect to the House as an institution.