Eighteen persons died in an accident, which occurred along the Kwali-Gwagwalada Road, Abuja, on Wednesday morning, the Federal Road Safety Commission (FRSC) confirmed. 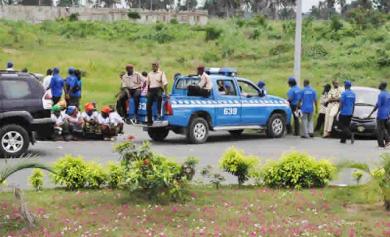 A statement issued by Mr Jonas Agwu, the FRSC Public Education Officer, said that nine others sustained various degrees of injuries in the accident.

It said the 17 occupants of the J5 bus died instantly, while one died later in the hospital, adding that the dead were all males.

According to the FRSC, 13 of the corpses have been deposited at the University of Abuja Teaching Hospital mortuary, while the other five were taken to the morgue at Kwali General Hospital.

The commission said that N217,000 was recovered from the wrecked bus, and promised that the money would be handed over to relations of the victims.

“The FRSC wishes to urge those whose relations travelled through the Kano–Lagos and Lokoja –Sokoto routes to check the Kwali General Hospital and University of Abuja Teaching Hospital, Gwagwalada for identification and collection of the corpses.

“The injured victims have been taken to the Gwagwalada Teaching Hospital for medical attention.”

It said that 96 people, including 70 males, 16 females and 10 children were involved in the crash.

The statement appealed to motorists to avoid night journeys because of the dangers associated with such trips. (NAN)