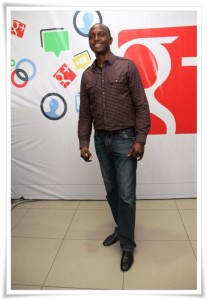 Rumors going round about this year’s edition of the annual reality show “Big Brother Africa” have been plentiful. On the heels of the rumor placing controversial actress and artiste, Tonto Dikeh, as Nigeria’s representative in the house, another speculation has it that another Nigerian might be leaving the BBA family.

Although not yet confirmed, there are a few reports that famous radio and reality TV show host, Ikponmwosa Osakioduwa, popularly known as IK might be leaving Big Brother Africa (BBA) family.

An anonymous source revealed that IK and Multichoice are still very much on the negotiating table and not agreed on some financial details. Depending on the outcome, viewers might see a new face as the host of their favorite reality show BBA. With the deadline drawing really close and production and content details in final stages, we hope both parties can reach an agreement.

No official statement has been released by Multichoice as of yet but various sources have confirmed that the tall handsome Nigerian is likely to leave.

Numerous attempt to contact IK have been futile as his number is unreachable and he simply replies all emails with “No comment”.

However when Spokesperson for Multichoice, Segun Fayose has asked, he denied the reports saying, ‘The report is untrue and unsubstantial. Please disregard any report that is not coming directly from us’, Fayose stated.