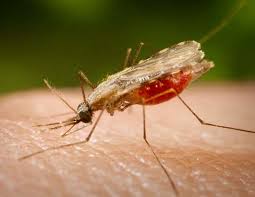 A new weekly poll has revealed that approximately 7 in 10 Nigerians (66 percent) had malaria at least once in the past one year, and about 13 percent treat the ailment with local herbs such as Neem leaves,lemon grass, etc.

The report released by NOI Polls Limited also showed that 90 percent of the respondents agree that HIV/AIDS is a critical health challenge in Nigeria.

It suggested that media and sensitisation programmes would increase awareness of HIV/AIDS within the populace.

The revelations are three key findings from the HIV/AIDS and Malaria Snap poll conducted this month.

Respondents to the poll were asked questions about the frequency of malaria infection over the past year.

From the results, the majority of respondents have been infected with malaria at least once over the past year while 34 percent have not had malaria in the last 12 months.

Analysis by geo-political zones shows malaria is more prevalent in the South than in the North.

On malaria treatment, nationwide results show 44 percent of respondents visit the hospital, while 38 percent simply buy medicine from the pharmacy or chemist, 13 percent make use of native herbs such as Neem leaves and Lemon grass; while percent said they do not use any medicine at all.

The report also showed that females are more likely to visit a hospital than males, as a greater proportion of male respondents simply visit the pharmacy or opt for native herbs than females.

Respondents called for reduction of the incidence of HIV/AIDS through better sensitisation and media programmes to increase awareness and better implementation of government health programmes to provide free, cheaper and better drugs. [Vanguard]