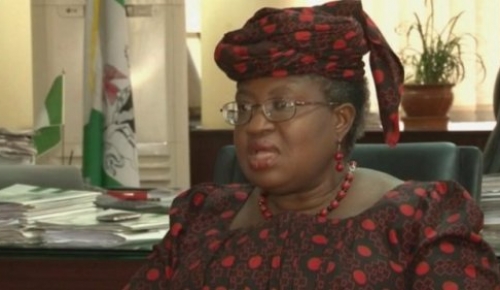 Minister of Finance, Dr Ngozi Okonjo-Iweala yesterday denied orchestrating the dismissal of Mr. Yushau Shuaib from the civil service over a newspaper article he wrote.

Shuaib had written and published an article in several newspapers recently on the alleged role of the minister in the lopsided process of appointing a new chairman for the Federal Inland Revenue Service (FIRS).

But in reaction to a newspaper report yesterday which accused her of influencing the redeployment of Shuaib from his post as spokesman for the National Emergency Management Agency (NEMA) back to the Ministry of Information, the minister’s spokesman Paul Nwabuikwu denied his boss is pushing for Shuaib’s dismissal.

“I have seen several reports especially online which claim that the Finance Minister is using her power to oppress Mr Yushau Shuaib. That is false and unfair,” Nwabuikwu said in an emailed statement.

“The minister is the one being oppressed here. Mr Shuaib accused her of pursuing an ethnic agenda in appointments. But those he mentioned as beneficiaries of the so called agenda are people who were already in office before she returned as minister.

“So she is the victim of a serial campaign based on lies sponsored by people who are angry that due process rather than politics is being upheld in the recruitment of a new chair for FIRS. But we believe that every part of this country has brilliant people who have what it takes to go thru a competitive process and perform well at any level. No part of Nigeria has a monopoly of capable people. Our history confirms so.

“To invoke the tragic events of 1966 based on these lies so flippantly as he did in the article is indeed unfortunate. I won’t say more than that. The minister did not give any order for anyone to lose his job. Unlike the ridiculous claims made in some media, she has no power to order another minister to fire anybody. If the gentleman is going through some internal processes it is not her doing. She is too busy with her portfolio to get involved in such things.

“Dr Okonjo-Iweala is a humane and compassionate person and has no interest in making any one lose his job. She is very forgiving and I know whatever she can do to help even the undeserving she will do it. The many people who have hurt her know that. The ball is in his court.”