A combined team of security agencies in Lagos have arrested 251 suspected aliens, following a raid on the Gatankowa market in Abule-Egba, just before midnight on Tuesday. 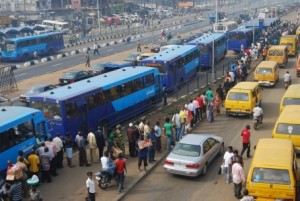 According to her, those arrested were being screened.DSP Ngozi Braide, the Lagos State Police Command’s spokesperson, who confirmed this to the News Agency of Nigeria (NAN) on Thursday, said that the raid was jointly carried out by men of the Nigerian Army, Navy, Police and the State Security Service.

Braide said that the aim was to rid Lagos of aliens who had no justification to be there, as part of efforts to enhance security in the state.

The spokesperson could, however, not confirm whether arms were recovered during the raid.

Braide denied allegations that the operatives were in the habit of forcefully seizing valuables and money from aliens during such raids.

She said that such raids would continue across the state and urged those who were carrying out their legitimate businesses not to panic.