The Special Fraud Unit of the Nigeria Police has arrested a 43-year-old teacher, Garba Abubakar, and two others, Isa Shado and Muhammed Muhammed for allegedly defrauding a rice seller of N19.8m. 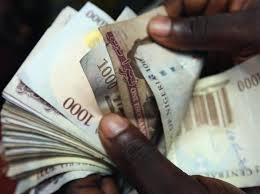 According to the police in SFU, Abubakar, who is also the chairman of Civil Servant Cooperative Development Association, Niger State, bought rice from a company, Tessijo Nig. ltd, and issued three cheques as payment.

The police alleged that when the three cheques were presented at the bank, they all bounced and all efforts made by the company to get its money had since proved abortive.

He said, “On March 18, 2013, the company sent a petition to the police that on December 5, 2012, it was contacted to supply 1,800 sacks of Thailand rice worth N19.8m. Based on the agreement, the company supplied the entire quantity and was issued three post-dated cheques in exchange but they all bounced.

“In the course of investigation, the three suspects were arrested in Niger State while two others are still at large.”

Abubakar, however, told PUNCH Metro that he was not a fraudster but a responsible man. He said it was the association’s manager in charge of distribution that perpetrated the fraud, adding that he knew nothing about it.

He said, “I am a teacher at Ahmadu Bahago Secondary School, Niger State. I entered into a deal with the company and after the rice was supplied, I handed everything over to the Manager in charge of distribution, Musa Shaibu, to handle the entire thing.

“I don’t know how the rice was shared and I don’t know anything about dud cheques. I however remember paying the sum of N2m into the company’s account a few weeks after the transaction.”

Another suspect, Shado, who claimed to be a civil servant, said Bahago was in Borno State and said if the police were able to arrest him, the case would reach a logical conclusion.