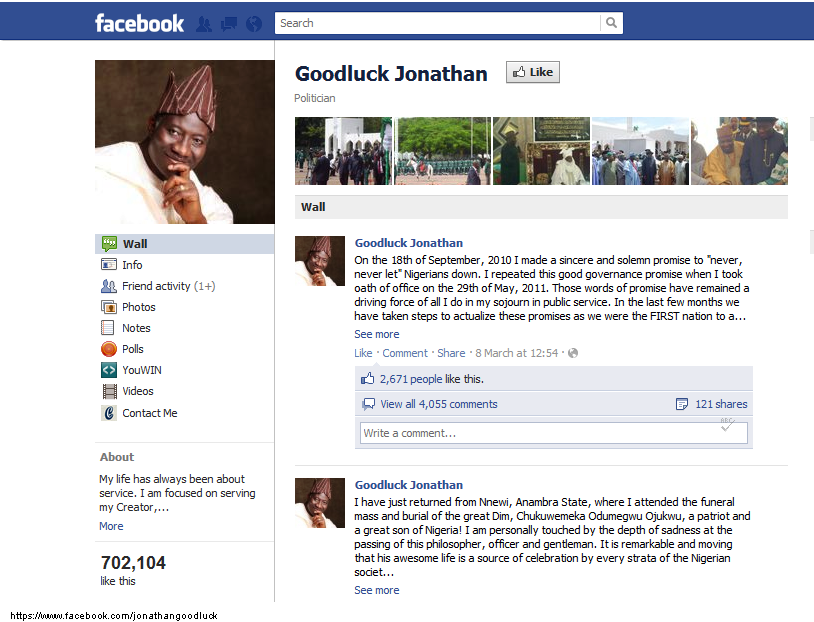 Special Assistant on New Media to President Goodluck Jonathan, Reno Omokri has revealed why his boss is not active on Twitter as much as he is on Facebook.

In an interview culled from PUNCH, Reno says: “He does not have to be there in person but his symbols are there. Dr. Reuben Abati (Presidential Adviser on Media and Publicity) is the President’s voice. He is on Twitter and very successfully,  I might add. The President would not just do things because others are doing it. Don’t forget he has a PhD. He is a philosopher king and so he thinks before he acts.

“Now speaking about Twitter, you need to understand that it is a medium for instant communication. Now for such a medium,  when you have many competing voices,  people will sometimes feel they have to do something different, may be something shocking, in order to stand out. As such,  people can lose their sense of proportion in order to get instant notoriety on Twitter. This is a phenomenon that started in the United States.

“On Twitter, if given the choice, people choose to say what will get noticed over what represents their minds. In many cases, the object is not to communicate, it is to be popular. And if you ever went to  high school or college in the United States,  you know that the personality of the popular kids is a facade that quickly falls apart when they graduate from high school or college and move on to the real world.

“President Jonathan and his party are both loved and hated on social media but their performance in terms of increasing the Gross Domestic Product of Nigeria, revamping the railways and making it possible to travel from Lagos to Kano in 30 hours for N1,500; ensuring a modest and continuing increase in electricity generation, has earned them popularity in the real world.”