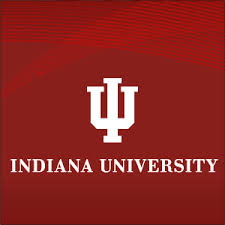 An Indiana mother whose son was diagnosed with moderate to severe autism at the age of 2 said the 15-year-old is on his way to a Ph.D. in physics.

Kristine Barnett said her son, Jacob, was considered to be at the severe end of the autism spectrum when he was diagnosed due to having lost language, but he was able to get a handle on language by the age of 3, teach himself to read by the age of 3 1/2 and was soon answering complex math and science questions from college professors, ABCNews.com reported Thursday.

“At that point, my view changed, and I realized that his mind is remarkable,” Barnett said. “He understood complex concepts. My outlook for his future was completely changed.”

Jacob was initially enrolled in school with his age group, but it soon became clear he was bored.

“In kindergarten, I knew that it was for kids to play and develop social skills,” the teenager said. “By first grade, I thought we’d do some mathematics — algebra. Then, in second grade, still no algebra. They told me not until high school. So, I guess this came out of my desire to learn more mathematics.”

Barnett said Jacob is now working on his Ph.D. at Indiana University-Purdue University Indianapolis and repeated IQ tests have found his intelligence to be off the charts.

“If you find the passion in a child and tap into it, that will become what their drive,” the mother said. “And if somebody had drive, they can accomplish anything.”