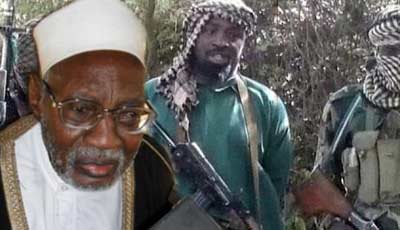 The abduction of elder statesman and first minister of Petroleum Resources, Dr. Shettima Ali Monguno, CFR, by suspected members of the Boko Haram Islamic sect has been condemned in strong terms by the Arewa Consultative Forum, ACF.

Dr. Monguno was kidnapped some few minutes past 2pm shortly after performing the Juma’at Congregational prayers at a Mosque in Mafoni ward in Maiduguri metropolis.

The ACF said “he is not expected to be subjected to such hardship and humiliation by any group, be it sectarian or men of the underworld.”

A statement signed by the National Publicity Secretary of ACF, Mr Anthony Sani stressed that “if, as is being bandied about, Boko Haram members are the kidnappers in order to press for the release of their detained members by the authorities, then, they are going about it the wrong way.”

The ACF further pleaded with “the good people of Borno state to keep calm and not take the laws into their hands as the federal and state governments go as far as efforts can go in order to bring to an end, the culture of violence under control not only in Borno and Yobe States but through out Nigeria.”