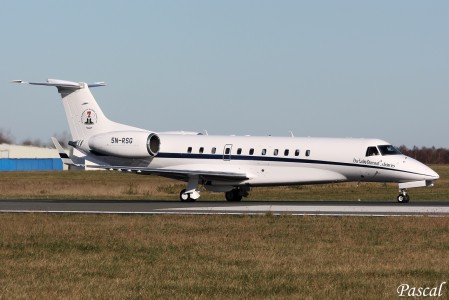 The Bombadier BD 700-1A11 (Global Express) belonging to the Rivers State government that was grounded at the Akure Airport last week is being politicised, according to the Federal Airports Authority of Nigeria (FAAN).

This was contained in a statement issued by the Corporate Communication manager of FAAN, Yakubu Dati, on Wednesday and made available to newsmen.

The statement partly read: “We maintain that the aircraft’s pilot erred by not filing mandatory documents, that is the manifesto as and when due, at an airport that was not certified for night flight operations.

“Whenever an aircraft stays beyond 6.00pm, authorisation must be got from the appropriate authorities before such aircraft is cleared for take-off, hence the slight delay in the departure of the aircraft.

“The aircraft in question belonged to and was registered in the name of Bank of Utah Trustees, Salt Lake City, USA, and only had permission to fly into Nigeria on March 27, 2013 and depart on April, 2, 2013.

“As at Friday, the parent company (BUT) had not regularised its status to continue to fly in the Nigeria airspace, neither has it been given a flight operation clearance certificate.”

“The aviation industry abides by strict regulations and does not waive such, no matter whose ox is gored.

“We believe the entire scenario has been concocted to enmesh a safety and procedural issue into a political matter. It was unfortunate that three government agencies; FAAN, Nigeria Civil Aviation Authority (NCAA), and Nigerian Airspace Management Agency (NAMA) have been dragged into a politics of intrigue for doing their work properly.

“The aviation industry is internationally regulated, so we believe that the appropriate authorities should be left to perform their duties as it ought to be done, in the overall interest of safety and security,” the statement added.