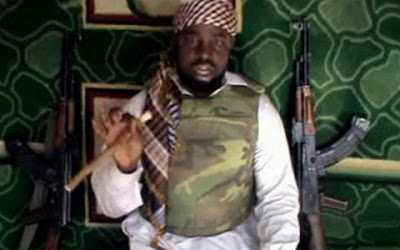 The Army Headquarters yesterday in Abuja urged members of the public to beware of people in military camouflage, as members of the Boko Haram sect now use fake military fatigue in carrying out their atrocities.

Director, civil-military relations, Maj- Gen. Bolaji Koleosho, who gave the warning at a press conference on behalf of the Army Command, disclosed that most of the insurgents killed in the Bama, Baga carnage in Borno State and Daura in Katsina, wore fake army camouflage:

“The Nigerian Army has observed with dismay the illegal possession and flagrant abuse of phony military camouflage by the Boko Haram insurgents to unleash mayhem on unsuspecting members of the populace where they chose to operate.

“A recent exchange of gunfire with the insurgents in the north-eastern part of the country which resulted in large number of casualties on their side showed that the insurgents were dressed in fake military camouflage. For the unsuspecting populace, these insurgents would have been misconstrued as soldiers of the Nigerian Army.”

Koleosho further blamed the burning of houses and killings of civilians recently in Baga on the sect but but “all these dastardly acts were being blamed on the soldiers of the Nigerian Army by onlookers just because they could not distinguished the fake uniforms being worn by impersonators from the well-trained and well-kitted members of the Nigerian Army”, he said.