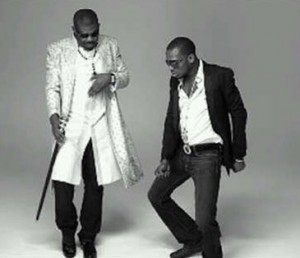 D’Banj revealed to Soundcity that four songs on his soon to be released DKM album was produced by Don Jazzy, glad the two are at least in business talking terms.

In his own words;

“Don Jazzy produced four songs on the DKM album coming out soon. I remember when I was in America and they were mastering a song and I heard the one featuring Fally Ipupa which was produced by Don Jazzy and I was like wow! I called him immediately and he picked up. I said listen to what I’m hearing, this is a music you produced. So don’t get it twisted like I said, love is a beautiful thing.

“I’m a businessman and I do what is right for my business. What I’m doing now is what I have always wanted as an artiste, professionalism and good distribution. I don’t have any regret.”