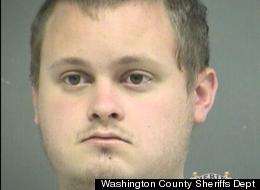 A man arrested for trying to steal a case of beer had a very unusual accessory to the crime: A mouse in his pocket.

John Jacobson, 20, allegedly attempted to swipe a case of beer as it was being unloaded at a store in Cedar Hills, Oregon, but was caught by the distributor who chased after him, KTVB.com reported.

Jacobson reportedly threw the beer at the distributor, striking him in the face, before running onto the Nike campus in Beaverton where he was apprehended with the help of a K-9 crew and arrested, OregonLive.com reported.

When Jacobson was taken into custody, deputies allegedly found a live mouse in his pocket. The suspect’s father was then contacted to claim possession of the mouse before his son was taken to jail and charged with robbery and theft.

No charges have been filed against the mouse.