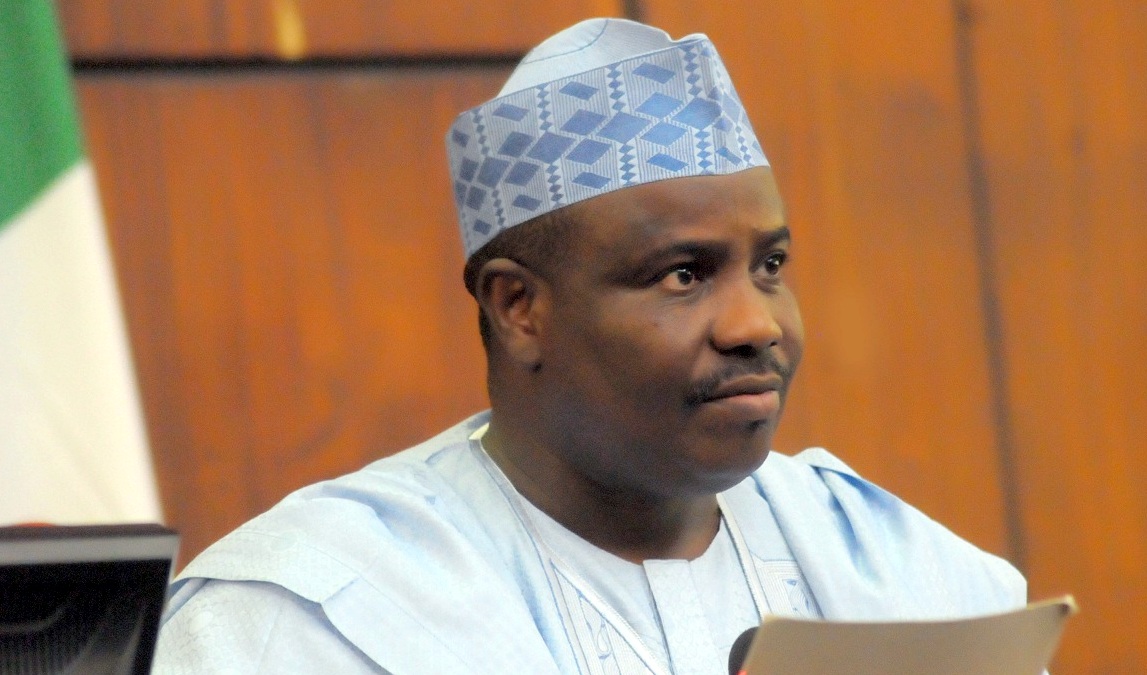 The Speaker of the House of Representatives, Aminu Tambuwal, on Tuesday said that the House has not abandoned the fuel subsidy report.

Mr. Tambuwal spoke during a courtesy visit, to him, by officials of the Anti-Corruption Network, an NGO led by a former lawmaker, Dino Melaye.

The House, after an emergency session on January 8, following the protests staged by Nigerians over the removal of subsidy, conducted a probe of the fuel subsidy regime in the country. Some oil companies were indicted after the probe was conducted.

The committee that handled the probe was led by Farouk Lawan, a lawmaker, who was accused by one of the indicted company’s chairman, Femi Otedola, of receiving bribe to colour the report.

Speaking to Mr. Melaye, the Speaker said “We have not abandoned the subsidy report. Anyone who thinks we have abandoned it is wasting his time,” he said.

He said the lawmakers would ensure that all those involved in the scam are prosecuted.

The Speaker noted that corruption was one of the fundamental problems confronting Nigeria as a country.

“We are doing our best as a House to address the issue of corruption,” he said.

He lamented that all efforts being made by the House to fight corruption are not being supported by some agencies.

Mr. Tambuwal assured the group that all issues raised by it are receiving the attention of the House.

“All the issues you have raised are receiving attention in the House of Representatives.

“The House is ready to partner with your network and other organisations working in the same way,” he said.

He commended the NGO over its campaign for a corruption-free country.

Mr. Tambuwal also said the House would conduct its oversight functions in ministries, departments and agencies quarterly to check poor implementation of budgets.

Earlier, Mr. Melaye urged the House to remove the immunity clause from the 1999 Constitution in the ongoing review.

Mr. Melaye also called for the separation of the office of the Attorney-General and the Minister of Justice.