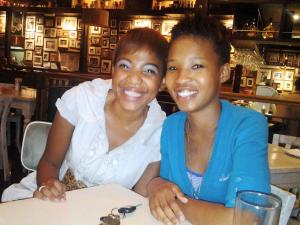 Get a divorce, or remove your child from our school. That is what a married same-sex couple say they were told by a private Christian school. This occurred during a meeting after their five-year-old son told his Grade R teacher that he had “two mothers”.
The teacher took the matter to the principal.

Kally, 26, and Samantha Mabe, 27, who have been living openly as a lesbian couple, enrolled their son
(who they asked not to be named) at Secunda Highveld Christian School in Mpumalanga earlier this year.

“We told the principal and our son’s class teacher that we are a lesbian couple, as I felt they needed to know because our wedding was in the media last year and we are activists as well.

“We never hid the fact that he has two mothers, and I filled in my details under the section in the form that asks for the mother’s details and Sam filled in the area that said ‘Father/Guardian’, but also filled in her title as ‘Mrs’.

“After we told them we were a lesbian couple, the principal said they were Christian and not in a position to judge us,” Kally, who is the boy’s biological mother, said on Tuesday.

However, Kally was called into a meeting at the principal’s office in April after her son had told his teacher he had two mothers and was accused by the school’s administrators of falsifying the information stating their sexual orientation on their application letter.

“The principal said she could not remember us telling her we were married, and that because they couldn’t differentiate between black names, they were under the impression that I was married to a man.

“I was told that this (being a lesbian couple) would be a problem and they would need to call in a pastor and involve the school board,” she continued.

Another meeting was subsequently called. This time, the school pastor and the principal were in attendance.

“The pastor said that if they had known we were a lesbian couple, they would never have allowed our son in the school…

“He said the school was a Christian private school that offered alternative education of Christian values for children of normal husbands and wives, and that we were trying to rewrite the school rules and compromising their values.

“He said I could either walk away from my lifestyle and have him stay at the school, or I should take the child out of the school, because he was worried that other children would make fun of him or isolate him,” Kally said.

After not reaching a resolution, the pastor allegedly threatened to take legal action if the couple did not remove their son from the school.

“We enrolled our son in a Christian school because they are supposed to teach love, acceptance and forgiveness as God taught us too.

“Yet the school stands and teaches hypocrisy and teaches that only some people deserve to be treated in a Christian way and others don’t,” Sam said.

Kally said she left the meeting in tears, asking herself “Why am I going through this?”.

“The principal said nothing to protect me during the meeting, as a fee-paying parent. They made me feel like I’m nothing…

“What really hurts me is that this happened on the days leading to Human Rights Day, and I feel like if I don’t fight for myself and other people going through this, then I’d be the fool.”

The Mabes refused to take their son out of the school and have since sought legal assistance from lawyers to sue the school.

The Star contacted the school on Tuesday and was told: “We are not going to speak to the press. If there is any information, you’ll have to wait for a press release.”

While the school is independent, it does receive funding from the Mpumalanga Department of Education.

Department spokesman Jasper Zwane said: “We have requested the district office to send a report, and we will investigate the matter.

“We view such matters in a very serious light, and even though the school is independent, we will still find out what happened and make sure that whoever worked outside the legal framework is brought to book.”

“The SAHRC recently made a finding against the Creare Training Centre, which had discriminated against pupils based on their sexual orientation.

“The commission has consistently been saying that pupils cannot be discriminated against based on their sexual or religious orientation, or that of their parents,” Mangena said.