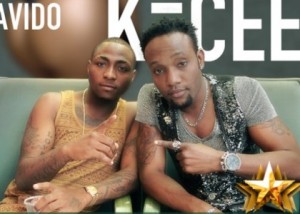 There’s no doubt that Gobe, by Davido, and Limpopo, by Kcee, are the current hottest songs on the airwaves. Both Davido and Kcee have several smash hits to their names and Gobe and Limpopo are only their latest.

The two of them are also friends and have collaborated together on a song, the remix of Kcee’s Okpekete. As things stand right now though, the friends are indirectly involved in a duel for whose song will be regarded as the hottest in the country presently.

Both songs are receiving so much airplay that it is one preventing the other from being the standout song. Even as Gobe has a slight upper edge over Limpoopo, since Gobe was released before Limpopo, Limpopo has come up so fast that it is not allowing Gobe any breathing space. Pundits are however tipping Limpopo to eventually outshine Gobe.

Their argument is that it will be Kcee’s first monster hit as a solo artiste and that he deserves it at this point in time having spent millions on establishing his solo career which has been on a steady, steady rise with Okpekete, Okpekete Remix and Give It To Me featuring Flavour before Limpopo arrived to make him taste the type of music success that 9ice has done with Gongo Aso, Olu Maintain with Yahoozee, Iyanya with Ku kere and Wizkid with Pakurumo.