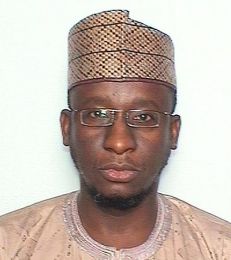 A member of the Federal House of Representatives, Auwalu Dahiru Saleh, was last sunday beaten by some of his disgruntled constituents when he travelled home on a condolence visit to his ex-wife over the death of her father, Ciroman Katagum.

Hon. Saleh of the Congress for Progressive Change, representing Katagum Federal Constituency of Bauchi State, had barely arrived the residence of his estranged wife when the angry youths descended on him.

One of the ‘aggrieved’ attackers stated that Saleh, the deputy chairman of the House of Reps Committee on Foreign Affairs, got what he deserved as he lamented, “this man after we voted for him in the last general election, abandoned us, he has not done any single thing for our constituency, if you go round the whole of this constituency you will not see any single project that he had undertaken.

“Meanwhile he has been collecting money for constituency projects without setting up any project for our people who came out en-mass and voted for him.

“We heard it on good authority that he is building a gigantic secondary school in kano state, aside that he also owns a bureau de change in abuja. all these we gathered was set up using our constituency projects funds.