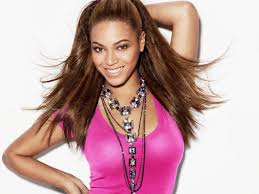 Well, reporters at Mediatakeout are positive the star is carrying baby number 2.

Below is what they are saying:

MediaTakeOut.com just got OFFICIAL WORD this morning – Beyonce and Jay Z are expecting another child together. We spoke with a QUASI-OFFICIAL member of Bey’s team who CONFIRMED IT.

And it gets better. The insider, who told us that Bey is “two months” pregnant, claims that Beyonce is NOT using outside photographers – in hopes that she can HIDE her pregnancy until she’s OUT of her first trimester. The insider explains, “Only photos that do not show her stomach up close are released to the public.”

We’re told that Bey planned on making the OFFICIAL announcement next month . . . at the BET AWARDS. But now that we’re BREAKING THE NEWS . . . it could be MUCH earlier.

By the way, this report is NOT speculation – it is FACT. Once it comes out – don’t forget where you heard it FIRST.

As at the moment, the story is unconfirmed, but hey, anything is possible. Fingers crossed.