A middle aged man, identified as Ifeanyi Akammadu, who was working on a farm along Egbeada road has reportedly been electrocuted. 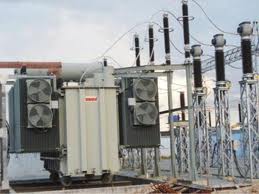 The late Akammadu was said to be a native of Obile community in Ohaji/Egbema local government area of Imo State.

Confirming the sad incident to journalists in Owerri, the younger brother of the deceased, Mr. Azunna Akammadu said both of them finished tilling the soil opposite the Federal Housing Estate, Egbeada with his elder brother.

“My elder brother however decided to climb the mango tree in the farm to cut off some of its branches to allow sun rays to reach the soil”, Azunna recounted with grief.

Continuing, Azunna said that the first branch he cut fell on a suspended high tension line of the Power Holding Company of Nigeria, PHCN, adding that part of the branch also rested on one of the deceased’s leg.

“He was electrocuted in the process. In a bid to save his life, people quickly alerted authorities of PHCN to switch off public power supply immediately this thing happened”, Azunna said.

The aggrieved young man lamented that three hours after the initial contact was made with PHCN authorities, none of the officials responded or visited the scene of the incident to see things for themselves.

Some of the residents of Federal Housing Estate, Egbeada, who spoke on strict grounds of anonymity, told Vanguard that had before this ugly incident, complained severally to PHCN authorities to rectify the high tension lines close to the mango tree without success.

They again called on PHCN officials to rectify the fault to forestall a re-occurrence of the ugly incident.

When contacted, the PHCN Manager, Public Affairs, Owerri Business Unit, Mr. Frank Nwachukwu, confirmed the incident but quickly added that he was yet to get full details of the incident.