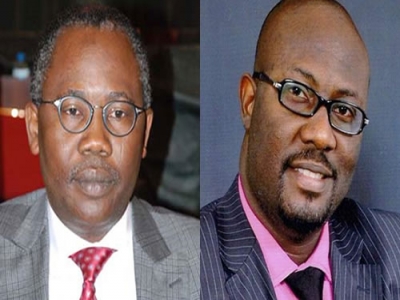 The Executive Secretary of the Anti-Corruption Network, Otunba Dino Meyale has vowed to disgrace the Minister of Justice and Attorney General of the Federation (AGF), Mohammed Bello Adoke (SAN) who sued him and his NGO for libel.

Dino, who has sustained a publication of alleged corrupt enrichment and abuse of office by Adoke, maintained his ground on the allegations stressing that he is ready for the AGF and awaiting service of the court processes before he will know any other action to take.

Addressing a press conference yesterday, Melaye said, “We are waiting eagerly to be served and if Adoke did not serve us before the end of today (yesterday), we will approach the court and beg it to avail us with the court process.

“What we have released on Adoke is less that 10 per cent and his going to court, for us, is a welcome development and that will further indict him. We shall confront it when we see the court papers”, Melaye assured.

According to Melaye, what his anti-corruption group published about Adoke was not new.
“We will get Adoke remove his SANship, and by the time we are finished with him, we will go and visit him in Kuje prisons,” he added.