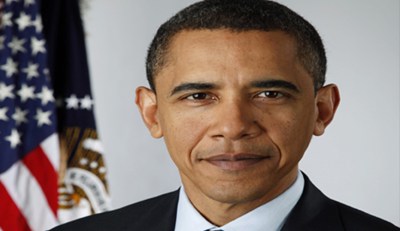 Nigeria’s Presidency will again be disappointed that for the second time in his administration, President Barack Obama and his wife Michele will be embarking on their second tour of Africa between June 26 and July 3, but will not visit Nigeria because of security concerns.

The Presidency was upbeat that Mr. Obama would visit the country whenever his itinerary was released but instead, the world’s most powerful President chose to visit Senegal, South Africa and Tanzania, during his eight-day visit to the continent.

A statement issued by the Office of the Press Secretary of the White House Monday said: “President Obama and the First Lady look forward to traveling to Senegal, South Africa, and Tanzania from June 26 – July 3.

“The president will reinforce the importance that the United States places on our deep and growing ties with countries in sub-Saharan Africa, including through expanding economic growth, investment, and trade; strengthening democratic institutions; and investing in the next generation of African leaders.

“The president will meet with a wide array of leaders from government, business, and civil society, including youth, to discuss our strategic partnerships on bilateral and global issues.

“The trip will underscore the president’s commitment to broadening and deepening cooperation between the United States and the people of sub-Saharan Africa to advance regional and global peace and prosperity.”

It would be recalled that Obama’s maiden visit to Africa as American president took him to Ghana in July 2009; a visit that was widely regarded as a snub and a subtle criticism of the country’s leadership.

But that perception was downplayed by the then Secretary of State, Mrs. Hillary Clinton, who explained that Obama’s choice of Ghana was “meant to tea-up” US relationship with sub-Saharan Africa, and should not be interpreted in any other way.