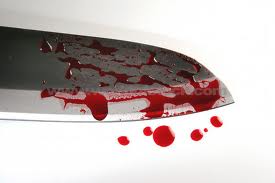 Police in Malawi have arrested a 24 year old man after he tried to sell the freshly cut penis from a 45 year old. Officers in the central Lakeshore District of Salima say they responded to a report of a man lying bleeding and unconscious next to railway tracks on Tuesday. But when the man was admitted to hospital, doctors were shocked to discover his penis was missing, local media reported. Salima police chief Foster Mangani said hours later, police were called to a local motel where the owner reported a guest had tried to sell her a penis for US$360.

“We rushed to the lodge and arrested the suspect. We also recovered the private parts,” Mangani was quoted as saying by the Nyasa Times newspaper. Police have named the suspect as Samuel Banda, whose picture was published in the newspaper along with what looked like a severed penis wrapped in white paper. Police said Banda had admitted selling “many body parts to well known business personalities”. Many locals believe human parts can bring riches, and unscrupulous businessmen and witchdoctors pay thousands of kwachas to poor locals to kill people and mutilate their bodies. The Nyasa Times reports that the victim was intercepted by Banda as he walked home after a drinking bender. His condition is described as “serious” by staff at the local hospital.
AdvertisementClick Here To Join The 10,000 Naira Giveaway For 100 People!